Identifying that there’s a problem would be your first step to fix the problem permanently. Many customers have asked if there’s a way to find out how many times a SQL Agent job failure has occurred in the last few months.

This information can easily be obtained and can be extremely helpful to identify and permanently fix repeat SQL Agent job failures.

Below SQLOPS script can be used to identify if you have repeat job failures and if so which are those jobs and how many times have they failed and since when have they been failing.

This is a very lightweight script that can be used by DBAs on production servers. You can also automate this script to run at a given frequency and alert the DBA team when it finds a policy violation.

Once you identify the list of jobs that are failing repeatedly, you can identify the root cause and fix them permanently. 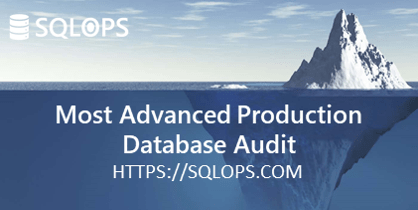 The only audit you'll need for production databases!

Engage us for Production Risk Audit